How Gold Was Created

The metallurgical and aesthetic properties of gold have made it one of the most revered precious metals in history. Its importance led early alchemists to try a myriad of experiments to create gold with no success. Even modern day scientists with their high-tech machines have been able to create industrial diamond, but they have had no success creating gold. 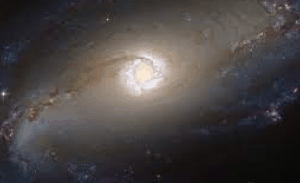 Understanding the properties of gold provides an important clue on its formation. Gold is a beautiful shiny yellowish metal. In its purest form, it is so malleable and ductile that you can flatten one gram of gold into a one-meter sheet. However, this noble metal never tarnishes, and its gold luster is unmistakable.

Its most endearing property is its rarity. Other noble metals, like copper and silver, have similar properties, but gold is very scarce. This scarcity increased its value proportionately, making it the most sort after precious metal on the planet. It was soon associated with royalty and nobility, only used in the most exquisite jewelry.

Most alchemists believed that if they could create certain conditions they could create gold. Unfortunately, unlike diamond and other minerals, gold is not formed on earth. The ancient Aztec civilization believed that gold was the sun’s sweat. This may not be scientifically correct, but it is the most accurate metaphor of how gold is formed.

At this point, the fusion in the stars was no longer sustainable, and the first stars went supernova. The blasts were more powerful than the combined nuclear fusion of the stars in one galaxy. The supernova explosions led to the formation of heavier elements including gold.

How did gold get to earth?

Scientists have two competing theories on how gold came to earth. First, after every supernova, smaller stars and their solar systems are formed from the debris. Essentially, our solar system was riddled with gold atoms from these supernovas. Second, scientists have also found evidence that while the earth was still in molten form, gold-laden asteroids struck the earth. Despite the differences, both theories suggest that the molten earth had a considerable amount of surface gold.

You must be wondering where all that gold went? Well, as the earth cooled iron sank slowly to the center of the earth to form the core. As the iron sank to the core, it took other heavier elements with it, including gold. Scientists believe the entire earth’s surface can be covered by the gold stored in the earth’s core and mantle.

The sinking of earth’s heavier metals was not linear. In some areas, water was trapped between the core and the mantle. At a certain pressure threshold, the water was hot enough to melt gold and sulfur. The water then seeped into the rocks above carrying gold and sulfur back to the crust. When tectonic plates shifted, gold-laden rock was exposed, allowing the mining of gold in these areas. This is why gold is found in specific regions around the world.

We have been able to create most minerals, including diamond, but gold still alludes alchemists. Considering a star had to die for gold to be formed, it is no wonder this precious metal is held in the highest regard.